WHY I DO NOT RECOMMEND PORK CONSUMPTION?

If you’re at all familiar with the Bible you’ll probably remember that in it God specifically instructed His people not to eat pork and shellfish (Check out Leviticus 11). Many people are surprised to find this out, but in the Old Testament God warned us that the pig was an unclean animal and not to be eaten

Regardless of your spiritual beliefs, there may be good reason to carefully consider your decision to include pork as part of your diet, as despite advertising campaigns trying to paint pork as a "healthy" alternative to beef, research suggests it may be hazardous to your health on multiple levels. Here I want to share some of the reasons why I consider you should avoid pig consumption.

Pigs are considered the scavengers of the farm (created to eliminate any waste on the farm), often eating anything they can find. This includes whatever leftover scraps they find laying around, but also their own feces, as well as the dead carcasses of sick animals, including their own young.

This in itself can explain why the meat of the pig can be so dirty or at the very least not so appetizing to consume.

Also, there are reasons to explain why the meat of the pig becomes more saturated with toxins than many of its counterpart farm animals. The first reason has to do with the digestive system of a pig.

A pig digests whatever it eats rather quickly, in up to about four hours. On the other hand a cow takes approximately twenty-four hours to digest what it’s eaten. During the digestive process, animals and humans get rid of excess toxins as well as other components of the food eaten that could be dangerous to health.

Since the pig’s digestive system operates rather basically, many of these toxins remain in their system to be stored in their more than adequate fatty tissues ready for humans consumption.

Another issue with the pig is that it doesn’t have any sweat glands. Sweat glands are a one of the main tools the body uses to be rid of toxins. Since the pig doesn’t have this glands their bodies become more toxic. When you consume pork meat, you too are getting all these toxins that weren’t eliminated from the pig. None of us need more toxins in our systems. In fact we should all be doing what we can to eliminate and cut down on toxin exposure.

Besides what I have mentioned above most pigs raised in the United States and developed countries are fed grains and possibly seed oils, which dramatically increase their omega-6 content, as well as the highly inflammatory byproduct of omega-6 fatty acid metabolism, arachadonic acid. You don’t need to add to your system neither more toxins nor more inflammatory foods.

In the other hand, pigs are full of bacteria, viruses and parasites, they are primary carriers of the foolowing:

PRRS (Porcine Reproductive and Respiratory Syndrome). The PRRS virus primarily attacks the pig's immune system, leaving its body open to a host of infections, particularly in the lungs. may afflict about 75 percent of American pig herds.

Nipah virus: Discovered in 1999, the Nipah virus has caused disease in both animals and humans, through contact with infected animals. In humans, the virus can lead to deadly encephalitis

Menangle virus. The menangle virus was discovered in August 1997 when sows at an Australian piggery began giving birth to deformed and mummified piglets.

Trichinellosis or trichinosis. One of the biggest concerns with eating pork meat is to get this parasite. This is an infection that humans get from eating undercooked or uncooked pork that contains the larvae of the trichinella worm. Trichinella is one of the most widespread parasites in the world, and can cause potentially serious health complications.

“According to a surprising new investigation by Consumer Reports, 69 percent of all raw pork samples tested — nearly 200 samples in total — were contaminated with the dangerous bacteria Yersinia enterocolitica, which causes fever and gastrointestinal illness with diarrhea, vomiting, and stomach cramps”. Many of the bacteria found in the pork were resistant to multiple antibiotics.

It's not just vegans after all who warn us against pork meat and bacon. Recently, the Harvard School of Public Health announced with great fanfare that just a small little bacon, hot dogs, sausage or other processed red meats every day would kill us off 20 percent faster.

What people choose to eat is up to them. Myself, I choose to stay away from pork (and shellfish.)

Do your own research and carefully consider all the points of view even consider what the Bible said many years ago, then make your own educated decision about what you choose to feed yourself and your loved ones.

With Love, Health and Life, 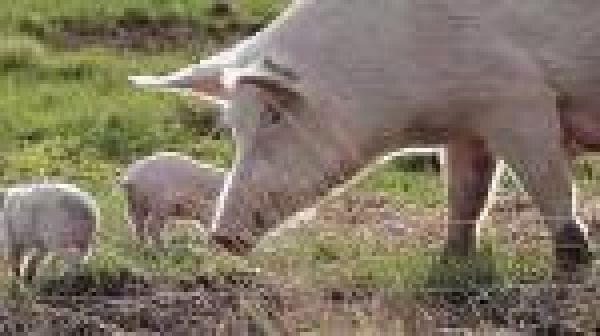